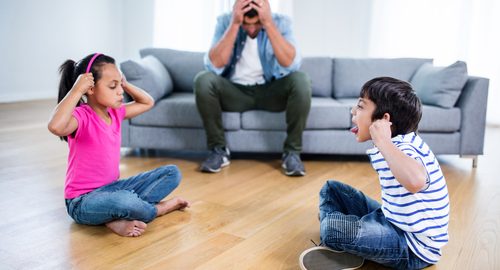 “He’s not following the rules!  He’s a cheater!”

“She is being mean to me and my friends. She won’t include us in her club.”

“She took my markers and lost them.  Now I don’t have any.”

Some days it feels like all we do as educators and parents is solve conflicts between kids. Maybe you even feel  like you’ve tried everything and you are at the end of your  rope. “Why can’t kids just get along?” we wonder.  It’s frustrating. It’s exhausting.

Here are a few ideas but get ready… most of them mean changing your mindset as well as your strategies.

As parents and educators, we aren’t just solving kids’ problems today, we are teaching them how to solve much bigger conflicts later in life.  Does this take more time than simply telling kids to stop fighting and get along?  Yes!  But in the long run you are teaching important skills as well as saving time because children are learning strategies to solve their own problems rather than rely on you to solve problems for them.

What to do when kids argue

How do you do things in your family?

Wyatt is always wondering about something and lately it is how to get his friend, Max to change his bossy ways.  What can he do?  Join Wyatt as he considers some rather unusual options until he finally discovers that a heart to heart talk with Max can create a new friendship with an old friend.

Posted in parenting, personal development, teaching and tagged conflict resolution and children
← How do you do things in your family?How to Create a Plan for Better Behavior →